Love Stinks…
and
I don’t know what’s worse
the smell,
or the fact that I
keep sticking my nose in it–
stinks like
some poverty stricken diabetic
has been dipping his gangrenous
toes in it,
stinks like
there’s some yet undiscovered
fungus that grows in it
my old spores carrying amor
find their way
up nasal passage ways
to the dank dark
corners of my brain
the parts that thrive off pain
and the thankless search for
a festering odoriferous pile
of rot, covered in mildew,
(I love you)
love stinks
I know this, I do–
heinous as it is, I’ve found
I can’t live without it
forever bound by
my romantic demons’ unwavering persistence
lashed to a floating turd
called love
adrift in the sewer of
this terrestrial existence.

Cee Williams is a poet and spoken word artist residing in Erie, Pennsylvania. His work has appeared in the poetry and visual art journal Bathtub Gin (Pathwise Press) and in the Dwelling in Possibilities anthology edited by Berwyn Moore. In 2010 Williams was named as a finalist for the Erie County Poet Laureate award. He is the founder and director of Poets’ Hall: the International Fellowship of Poets and Spoken Word Artists, for which he was the recipient of the EMBYP 2011 award for Business Innovation.


A Stranger came to the door at eve,
And he spoke the bridegroom fair.
He bore a green-white stick in his hand,
And, for all burden, care.
He asked with the eyes more than the lips
For a shelter for the night,
And he turned and looked at the road afar
Without a window light.

The bridegroom came forth into the porch
With, ‘Let us look at the sky,
And question what of the night to be,
Stranger, you and I.’
The woodbine leaves littered the yard,
The woodbine berries were blue,
Autumn, yes, winter was in the wind;
‘Stranger, I wish I knew.’

Within, the bride in the dusk alone
Bent over the open fire,
Her face rose-red with the glowing coal
And the thought of the heart’s desire.
The bridegroom looked at the weary road,
Yet saw but her within,
And wished her heart in a case of gold
And pinned with a silver pin.

The bridegroom thought it little to give
A dole of bread, a purse,
A heartfelt prayer for the poor of God,
Or for the rich a curse;
But whether or not a man was asked
To mar the love of two
By harboring woe in the bridal house,
The bridegroom wished he knew. 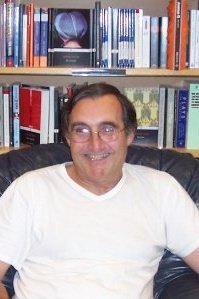 “The greatest comedy of errors that

the two are not mutually exclusive)

by a court order

(after the state’s top election official

said he had no authority to extend voting hours)

at least most of the people who wanted

twelve precincts with no ballots cast at all,

even with the extended hours

the ways people were disenfranchised:

voting machines not delivered at all,

by the lowest-bidder trucking company;

the keys to operate the machines

not delivered in time,

or delivered at all;

paper ballots for those who wished them unavailable

All those with a stake in the system

were quick to say they didn’t believe

there was any dishonesty involved,

(something that couldn’t very well be denied

given its staggering scale),

I believed at the time that only incompetence

as time goes by,

when forced with an either/or choice between the two,

am less and less inclined to believe in incompetence—

As if I asked a common Alms,
And in my wondering hand
A stranger pressed a Kingdom,
And I – bewildered, stand —
As if I asked the Orient
Had it for me a morn —
And it sh’d lift its purple Dikes,
And shatter Me with Dawn!


picked limply from
the chipped cubby.

the zippers open onto


A Spanish girl
flaked skin falling
covers her mouth
with a napkin
she’s drawn on,

“You, with the bruises
that have
a good memory and
a bandaged
wrist.      Go

sit by the telephone
where ‘FEAR TOMORROW’
is carved in the wall
by an earnest unfortunate.
Tonight is still CO:
constant observation
for short

I will
watch you when my coffee
is strong

When I am weak think
of how you got here,
and avoid anything sharp.”

John Thomas Allen is a 29 year old poet who lives in New York, for the moment. His work has appeared over 40 journals and he has been known to say that his chief ambition is “to write a real poem one of these days!” 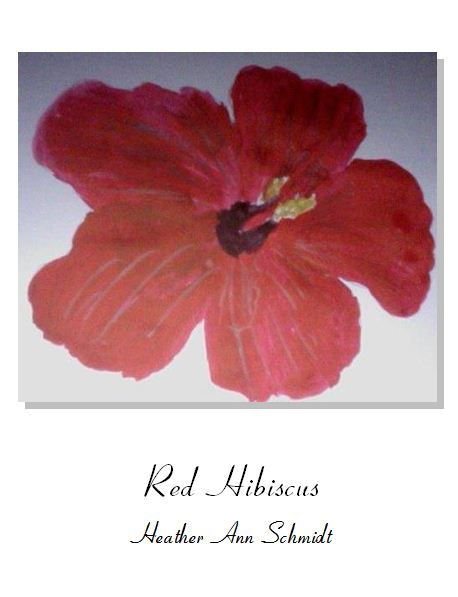 Saturday
on a Bayou night

down Royal Street
and beads and
ba do dee da—

the blues slipped
over me like a tight
cocktail dress

and music showed us where
to turn

the quarter swayed from
the tipsy air
and The River
reflected brown bourbon.

I want a Sunday kind of love….

and lovers staggered by,
drunk on the
ooo shoo do de dooo

of the half-naked night.

I took your hand
and showed you where to put it,
unlike a girl who goes to bed
early to get up for church.

We went into an alley
and let the

Red Hibiscus is 26 pages, handbound with care, featuring a saddle stitched pale coral and deep grape cardstock cover.  Contents include “Song for Lilith,” “Ode to a Pablo Neruda Nude,” “Ghazal of the Night,” “Neorealism on the Streets of Birmingham,” “Duende in a Black Dress,” “Ganymede,” and much more.  To order, send $7 to Crisis Chronicles Press, 3344 W. 105th Street #4, Cleveland, Ohio 44111.

Heather Ann Schmidt received her MFA from National University and has taught writing for a number of higher learning institutions.  A fine singer and visual artist, she also edits the tinfoildresses poetry journal and is the founding editor of Recycled Karma Press.  Her previous books include Batik (NightBallet Press, 2012), Transient Angels (Crisis Chronicles 2011), On Recalling Life Through the Eye of the Needle (Village Green, 2011), Channeling Isadora Duncan (Gold Wake, 2009) and The Bat’s Love Song: American Haiku (Crisis Chronicles, 2009). 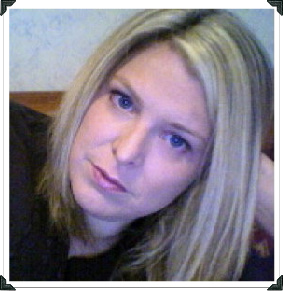 Bob Hicok reads his poem “A Picture is Worth 886 Words” at Book Shop West Portal in San Francisco.


My Sorrow, when she’s here with me,
Thinks these dark days of autumn rain
Are beautiful as days can be;
She loves the bare, the withered tree;
She walked the sodden pasture lane.

Her pleasure will not let me stay.
She talks and I am fain to list:
She’s glad the birds are gone away,
She’s glad her simple worsted gray
Is silver now with clinging mist.

The desolate, deserted trees,
The faded earth, the heavy sky,
The beauties she so truly sees,
She thinks I have no eye for these,
And vexes me for reason why.

Not yesterday I learned to know
The love of bare November days
Before the coming of the snow,
But it were vain to tell her so,
And they are better for her praise.

The Seasons and the Slants
by Michael Lee Johnson

I live my life inside my patio window.
It’s here, at my business desk I slip
into my own warm pajamas and slippers–
seek Jesus, come to terms
with my own cross and brittle conditions.
Outside, winter night turns to winter storm,
the blue jay, cardinal, sparrows and doves
go into hiding, away from the razor whipping winds,
behind willow tree bare limb branches–
they lose their faces in somber hue.
Their voices at night abbreviate
and are still, short like Hemingway sentences.
With this poetic mind, no one cares
about the seasons and the slants
the wind or its echoes.
I live my life inside my patio window.


Michael Lee Johnson is a poet, freelance writer and small business owner of custom imprinted promotional products and apparel:  www.promoman.us, from Itasca, Illinois.  He is heavily influenced by:  Carl Sandburg, Robert Frost, William Carlos Williams, Irving Layton, Leonard Cohen, and Allen Ginsberg.  His new poetry chapbook with pictures, titled From Which Place the Morning Rises, and his new photo version of The Lost American: from Exile to Freedom are available at  http://www.lulu.com/spotlight/promomanusa.

Michael has been published in over 25 countries. He is also editor/publisher of five poetry sites, all open for submission, which can be found at his Web site: http://poetryman.mysite.com. All of his books are now available at Amazon.com, Bookworld, and Barnes & Noble.