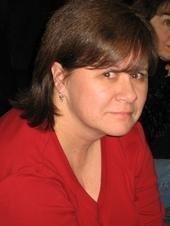 truth
is inscribed by a line in the sand
ringed by an armor of distrust
lost behind closed doors,
hushed up in board rooms and
stock holder meetings

truth
is the chant of protest and the waving picket sign
the unarmed students pepper sprayed in the streets
a beaten Iraqi War veteran killed by riot police
it is the young, the old, the poor… the disadvantaged
truth is often jailed for being subversive

truth
is marked off by the soft footfalls
of soldiers running along
Syrian back alleys at dawn
heard in the nearby shelling of towns,
echoed in the staccato of rebel gunfire

truth
is blindfolded, drawn and quartered,
hog tied and shot in the head at close range
it is worn close to the chest then
remotely detonated, a road side bomb
more and more — it is anonymous

truth
is a young refugee boy left to starve
on the roadside to Ethiopia, is a nameless
mother in Syria maimed by shrapnel,
an eight year old Somali girl gang raped
by government soldiers

truth
is a Tibetan monk who lights himself ablaze
fighting for his religious freedom,
a Chinese dissident imprisoned
for the crime of writing poetry,
a Chilean author bulldozing poems
into the desert sand

for all it has been through truth still lives

it is fought over daily and often misunderstood
it is color blind and gender neutral
does not care who you love or who you marry,
how much money you make or where you live
it is said to be self evident… but is it?
On many days I wonder if it really is.


Included in the Crisis Chronicles by permission

Christina M. Brooks is a poet, writer, runeworker, card artist, Taoist, Buddhist, and vegetarian. She is a native of Detroit, Michigan, who enjoys swordfighting, tennis and gardening and is a traveling poet. She can often be found at readings somewhere in Southeast Michigan and Northern Ohio. She has served as co-editor of the Mnemosyne online literary journal and recently founded Brooding Crow Press. You can find more of her work at her Rune Warrior MySpace and in The City Poetry, the Deep Cleveland Junk Mail Oracle, Crisis Chronicles’ Fuck Poetry, the Ohio Poetry Association’s Common Threads, several Hessler Street Fair poetry anthologies and elsewhere.  Her chapbook A Thousand Voices: A City Shaman’s Notebook was published in 2011 by The Poet’s Haven.